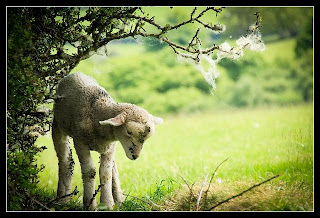 The February Felt in was taken by Liz Nicholl one of the founder members of Feltmakers North, Liz showed us how to make a Vessel. Before we started with the instruction on vessel making we had a great show and tell, with lots of members bringing their latest work along! This was very inspirational for everyone present and it showed the members are focused and getting ready for the up and coming Feltmakers North Exhibition at The Island Arts Centre! (Opening night is 10th April by invitation only) 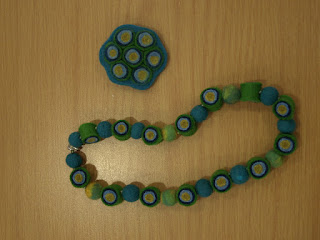 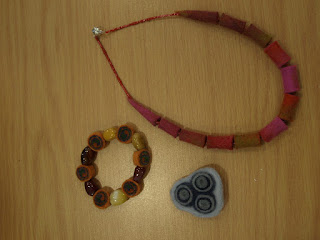 Dorothy had sent along some pieces she had made using her swiss roll beads! There has already been another request for this felt in to be repeated as a few missed it due to the weather, so watch this space!! 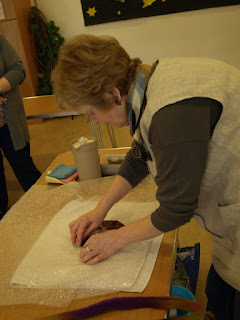 Liz started her demonstration and in no time everyone was hard at work, making a small vessel. this was an extended felt in, which gave people the opportunity to stay for the afternoon and take what they had learnt a stage further! 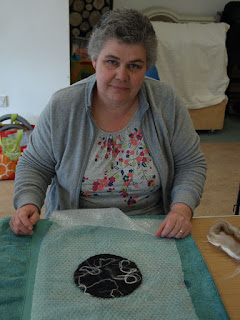 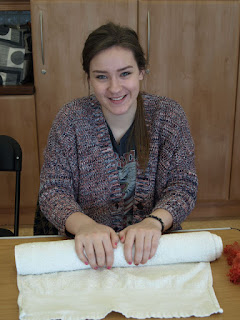 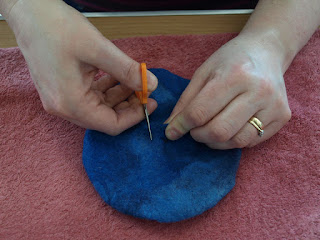 Liz had stated on the information sheet to bring small scissors, and I think Lesley won the prize for the smallest scissors! They were good for cutting a small hole in the top of the vessel, so as the resist could be removed. 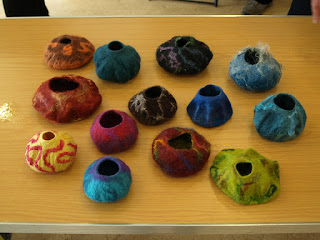 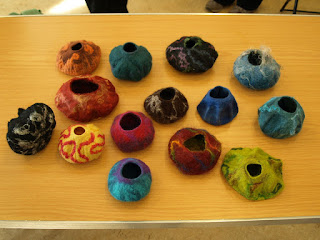 Great variety of colours, which made it all the more interesting!
Below some photos from the extended felt in, great work! 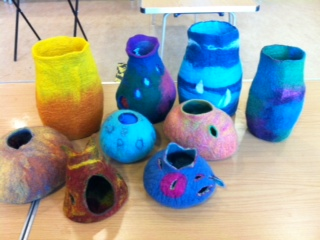 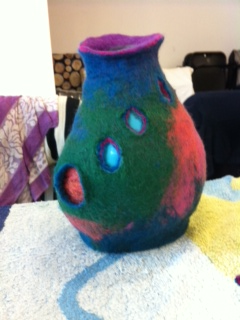 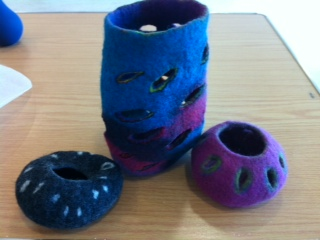 For the March felt in we are having Sara come to show us how to card fibres, now for those of you that have wool that is matted or tangled in your stash, this day will be the best thing ever! I can quite honestly say I have had several people show me how to card wool but Sara has been the best. If you have hand carders bring them along, so you can have a go even if you havent Im sure someone will lend you a pair so as you can have a go! Sara will also show us how to spin wool and is bringing along her wool that she has spun herself. there also might be a few drum carders so you can experience seeing drum carding, all of which tranform old matted wool to fluffy useable wool! The committee will be on hand to help any members that may need help filling in their forms for the exhibition. The application forms are now available from Ann for the wall hanging workshop on March 9th!
I look forward to seeing you all in March! Fiona Harvey
Posted by Felt Makers North at 09:00 No comments: